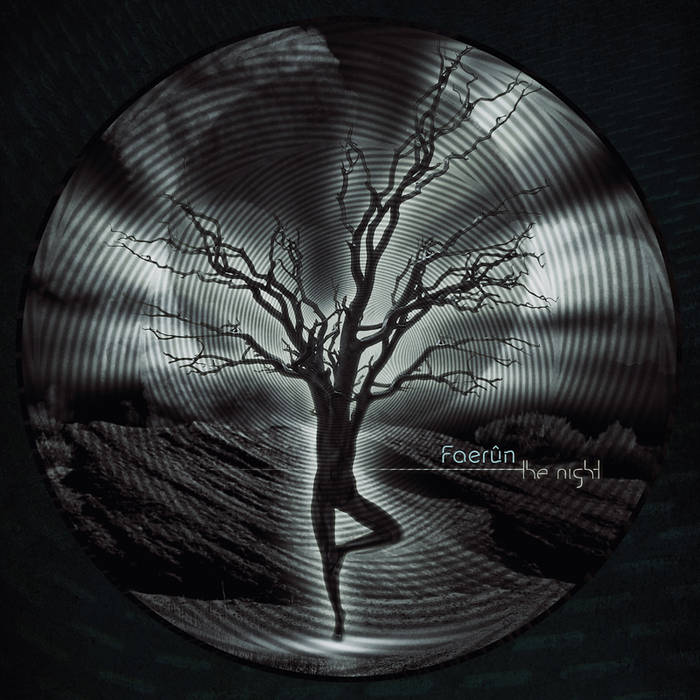 Dark and eclectic, like a full-moon night, the album orbits around a few themes: nostalgia, space, death, pain, pleasure, dreams. The ambience grows on hypnotising drone sounds, and out of various samples, mainly field recordings. The Night offers as much light as needed for the things to become moving shadows.

"Dusk" opens the door to the after-life realm, starting with Rimbaud's poem "Night of Hell", and continuing with a mix of guitar and a hmong song, and ending with a feeling of nostalgia for daylight, for the womb, for the times when the world was yet to be born and was just a dark and quiet heartbeat.

"Midnight Radio" continues the theme of nostalgia, bringing back the nights when dreams were accompanied by the sound of the radio.

"Room 3327" is essentially about death, and particularly about the death of Nikola Tesla in the room 3327 of the NY hotel. An electric ambience gives room to ghosts and whispers, which trap the soul in a whirlpool of memories.

"Hanako" is about the haunting crimes of the japanese soldiers during the second world war, and the use of women as sex slaves.

The last song brings back the quietness and the peace. "Ndasi" is probably the most eclectic track, mixing indian and african sounds with gibberish singing which seems like coming from outer space.


Most of the samples used are from freesound.org. See each track for the credits.

Track Name: Dusk (with John O'Connell)
No end to these hallucinations. It's exactly what I've always known:
no more faith in history, principles forgotten. I'll keep quiet: poets
and visionaries would be jealous. I'm a thousand times richer, let's
be miserly like the sea. Well now! the clock of life stopped a few
minutes ago. I'm not in the world any more.— Theology's a serious
thing, hell is certainly way down—and heaven's above.—Ecstasy,
nightmare, sleep in a nest of flames

Bandcamp Daily  your guide to the world of Bandcamp

Featuring Oakland sounds from the Smart Bomb collective and Samplelov.